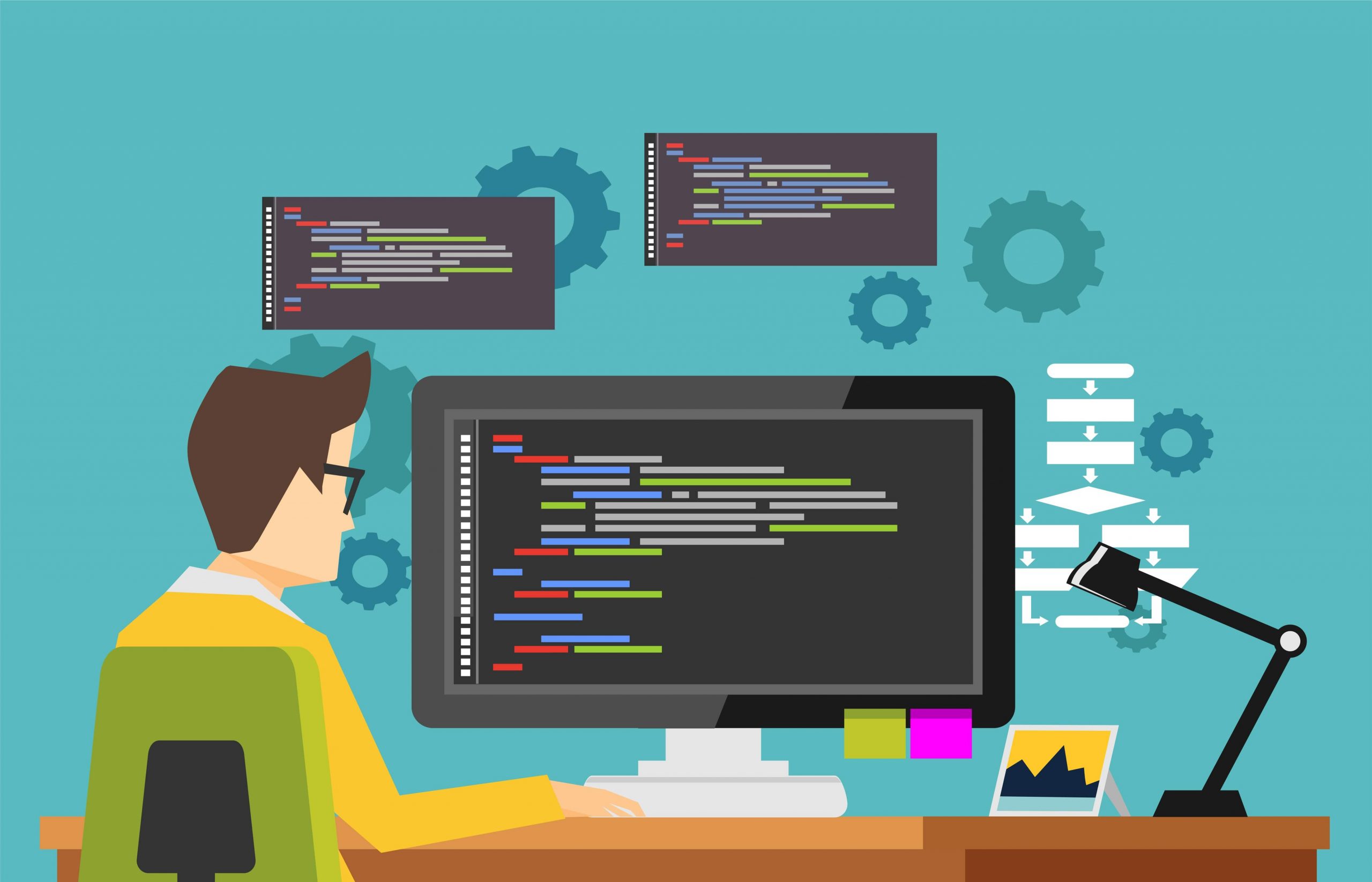 The problem is that these elegant features require significant space. Every line of code you write is transformed into some weird thing called virtual machine bytecode – which, eventually, is going to be executed by a virtual machine.

Android Runtime uses two virtual machines – Dalvik and ART (available since Android 4.4, standard since Android 5.0). Both of those virtual machines execute Dalvik instructions stored in .dex files. The problem with Dalvik instruction set is: they are capable of referencing at most 65,536 methods (every method gets its unique id from to 0 to 65,536 – id has 16 bytes size)

Every library you add, every .dll you reference adds methods/classes/and more. Also, it has to be transformed to a dex file.

For instance: including Google Play Services adds about 30,000 methods to your small, tiny Android project. Almost half of the available limit!

Let’s see what happens when you reach said limit.

We will start with a small sample.

Make sure you have Java Max Heap Size set to 1G in your Android project options. Without that, Java process used during app compilation will crash due to OutOfMemoryException.

If you try to build this project you will get:

… and we even haven’t written a single line of code.

We have Material Design libraries – either provided by Android Support Libraries or custom one, we have HockeyApp crash-log support, Geolocation, Maps, Ads support and… and we failed.

Read also: The Most Comprehensive Guide to Xamarin Test Cloud

As I have previously described – the problem lies in .dex / Dalvik Instruction set limitation. MultiDex is a technique of splitting your application code into multiple .dex files – each containing at most 65 KB of bytecode. 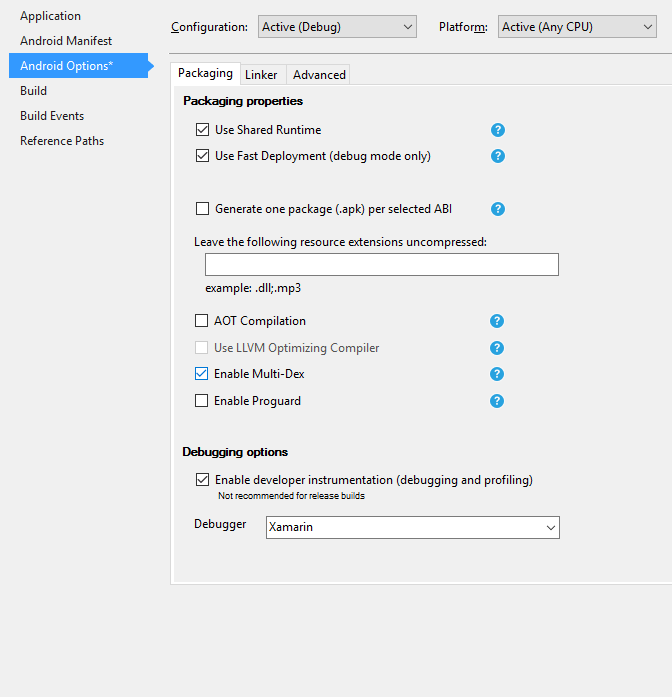 Now try to build the project. Build error should go away, the application should work.

Make sure you use Android SDK Build Tools with version 23.0.3 – so you will have same reproduction sample as the one built on my computer.

To force Xamarin to use custom build tools version edit your .csproj file – add this line:

Inside your Configuration PropertyGroup.

Too Easy to Be True?

Sample app with packages config presented above works fine on all API levels. However, change packages.xml to this:

The next step is to add custom Application class:

Let’s run our new sample application on device/emulator with Android 5.0 or higher.

Works as expected – the app does nothing.

It’s crashing. By examining logcat logs we can see it crashed with NoClassDefFoundException.

Why Does the Application Crash on API Less Than 21?

As I have previously mentioned, the MultiDex technique relies on splitting your application code into multiple .dex files. To explain why it has crashed on an API lower than 21, first you need to understand how Android handles .dex files on different API levels – from Android documentation:

Versions of the platform prior to Android 5.0 (API level 21) use the Dalvik runtime for executing app code. By default, Dalvik limits apps to a single classes.dex bytecode file per APK. In order to get around this limitation, you can use the multidex support library, which becomes part of the primary DEX file of your app and then manages access to the additional DEX files and the code they contain.

The problem is: some important code related to MutliDex/Application initialization can accidentally land in a secondary .dex file – therefore we will see an exception similar to the one shown on the picture from previous paragraph (cause code from secondary dex can’t be loaded on app Startup!).

The reason why we have added loads of libraries and custom application class is to “manually” provoke moving Application initialization classes to secondary dex file (this step usually is done automatically – by your in-app source code).

Can We Fix That, Please?

In an ideal world, it should work automatically. However, Android SDK Build tools is not bug-free. During the build, Android SDK tools automatically detect what is important and what should be kept in the first .dex file. It does not always work perfectly though.

Android has some kind of “MultiDex.keepthat classes in first dex” file concept. You add class names you want to preserve in a text file and they won’t be moved to secondary dex file.

Xamarin has not always supported this feature – but after my feature request (https://bugzilla.xamarin.com/show_bug.cgi?id=35491) they have added Build action called “MultiDexMainDexList”

We just need to find out which classes we need to preserve.

The fastest and most reliable way to do that is by examining and decompiling .dex bytecode.

Steps to examine the dex file: 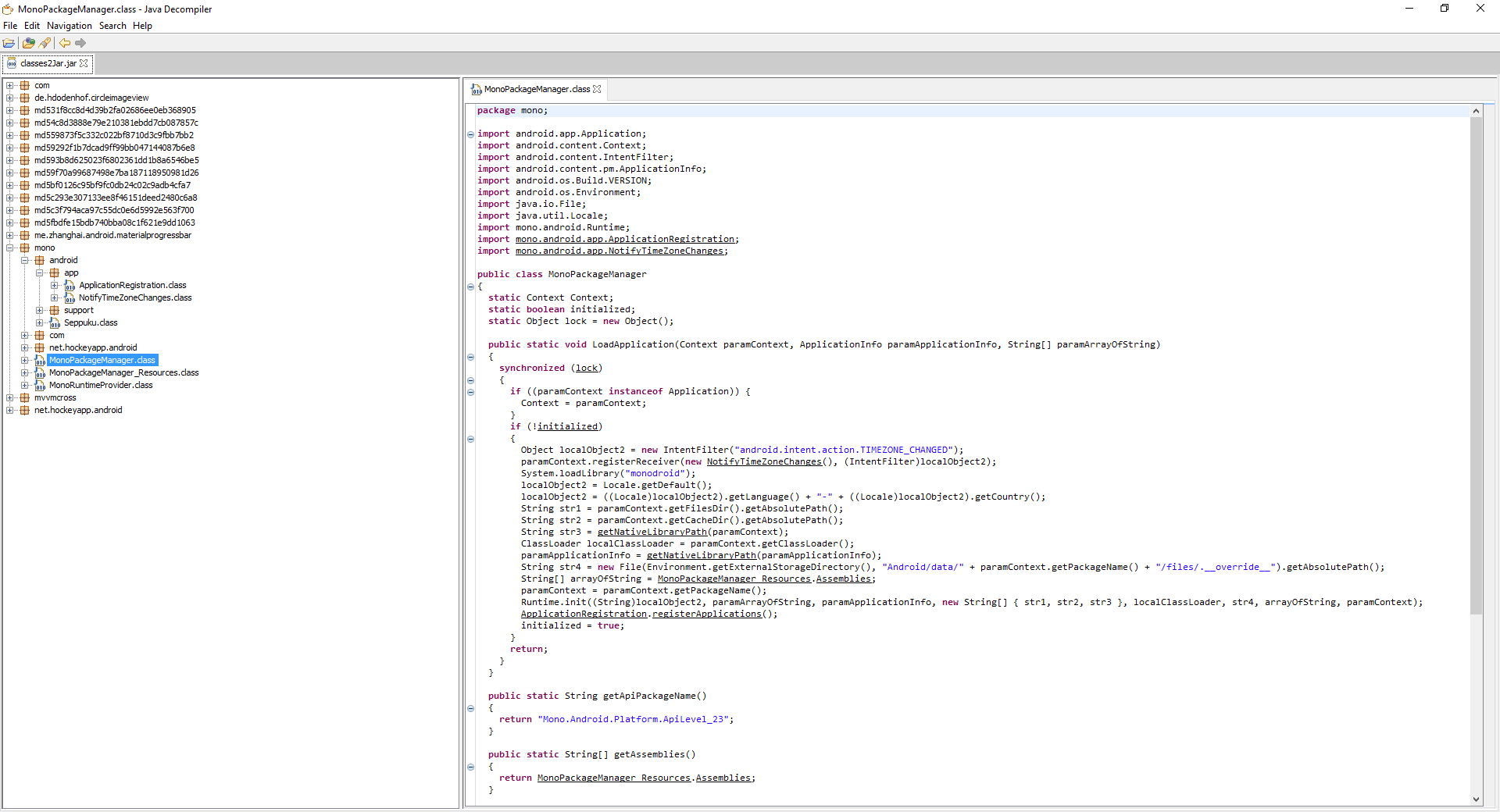 The missing class is mono/MonoPackageManager.class, lets use this information.

I have added classes from /android/app/ as well – as it looks that they might be used during app initialization too.

Rebuild the app. It should work now.

By now you should know how to bypass the 65kB limit and how MultiDex process works – if you use it, make sure you completely test your app on API less than 21. We have to be careful because MultiDex has its pitfalls.

Before going with MultiDexing – try to decrease application size using Proguard or Xamarin Linker. MultiDex can increase Startup Time up to 15% on Dalvik-based Android devices (due to secondary dex file loading on startup).