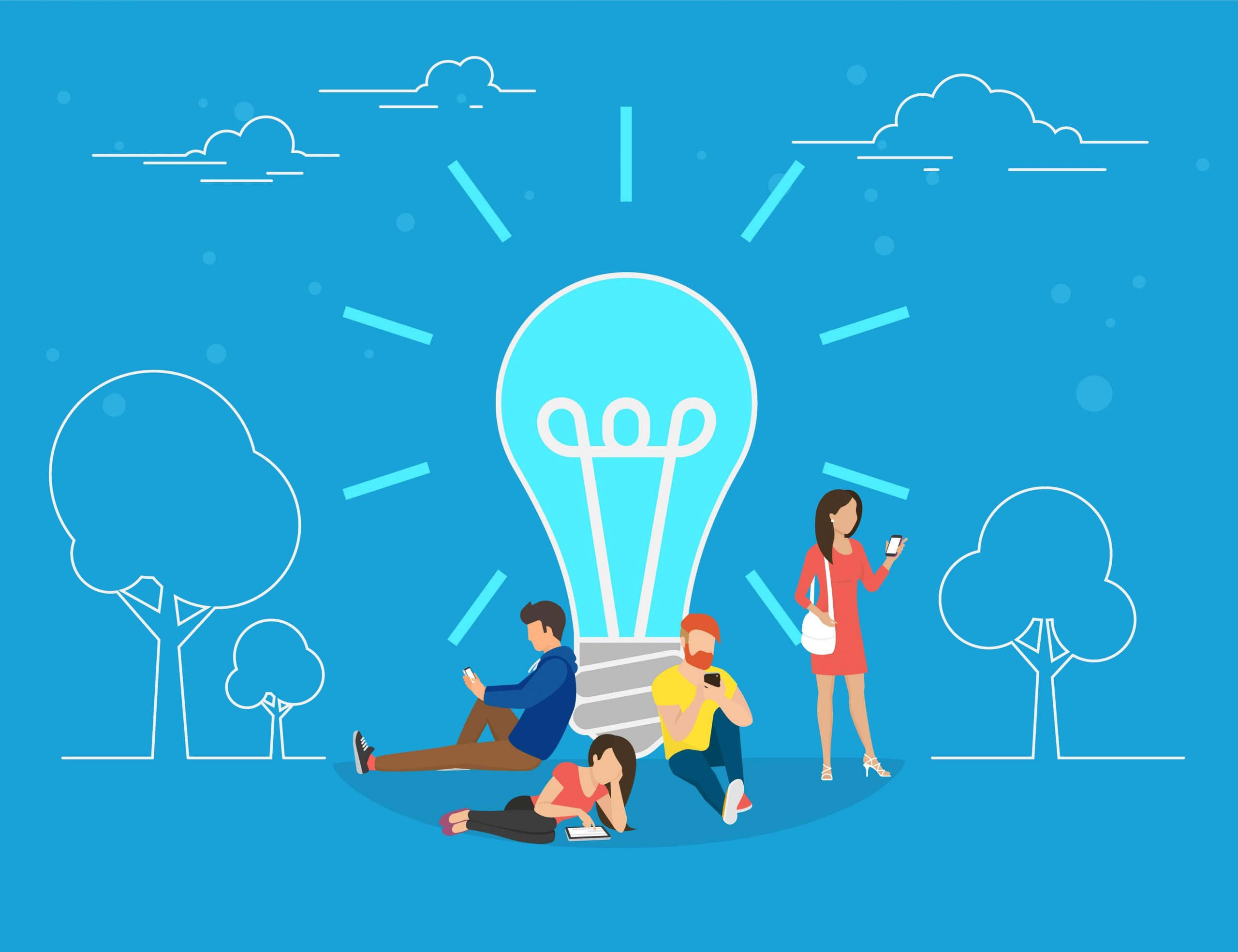 Shall we begin with a quote?

I invented nothing new. I simply assembled the discoveries of other men behind whom were centuries of work. Had I worked 50 or 10 or even five years before, I would have failed. So it is with every new thing. Progress happens when all the factors that make for it are ready, and then it is inevitable. To teach that a comparatively few men are responsible for the greatest forward steps of humankind is the worst sort of nonsense.

Usually, it’s all a remix. A great product is a product that solves actual problems. And to deliver a great product, you need to test whether it solves those problems.

Let’s start with what MVP (Minimum Viable Product) actually is and isn’t.

The definition of an MVP is “a product with just enough features to satisfy early customers, and to provide feedback for future product development.” The key here is that you have to be able to sell it, or at least go through with a proof of concept.

Again – it’s not an MVP until you sell it or test it against the market’s needs. Buffer, which you’ll read about in a moment, executed their MVP plan perfectly.

The term (MVP) itself was coined by Frank Robinson around 2001, and was later popularized by Steve Blank and Eric Ries.

MVP allows a company to understand the market’s needs without having to build an exhaustive product.

With an MVP, you can check if the demand is there. That’s it.

The idea for Facebook presented itself only after Mark Zuckerberg, Andrew McCollum, Chris Hughes, and Dustin Moskovitz created Facemash.

The website showed pictures of students side-by-side and asked users to choose the “hot” one. The story of Facemash is pretty accurately portrayed in The Social Network, the movie by David Fincher and Aaron Sorkin. 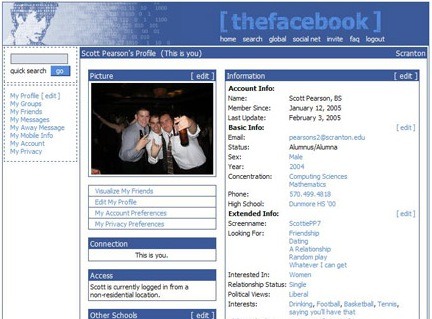 Initially, Facebook served as a social network for Harvard students – a universal directory of sorts – but the ever-increasing popularity of the platform pushed Zuckerberg to extend it to other universities, and, eventually, to the world. 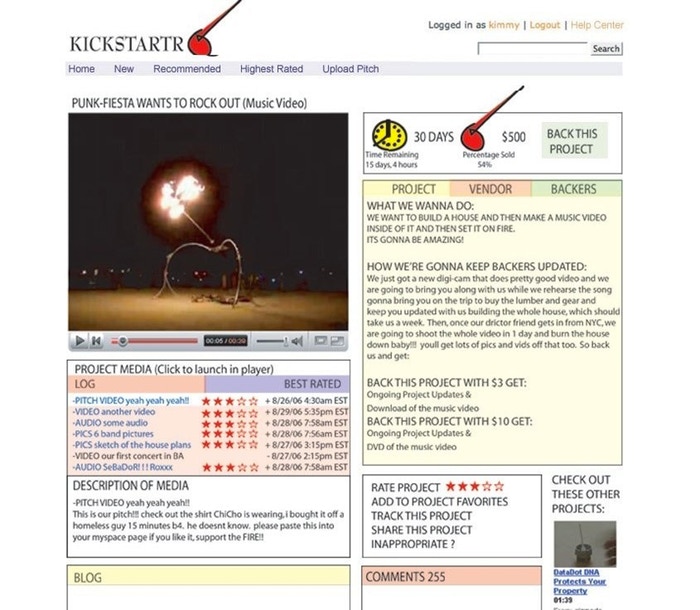 This is the most extreme MVP out there – people funding your product even before you build it!

The key? Having a proposition interesting enough to make it all possible.

The best example of money raising? Pebble, an e-paper watch for smartphones. The company received over $10m!

We started this article with a quote (and will end it with another quote), and here’s one more. This time by Thomas Edison:

And just to make things even more confusing… Not only are the products on Kickstarter MVPs, but Kickstarter itself was an MVP in 2012, too! Here’s the story and some early designs. 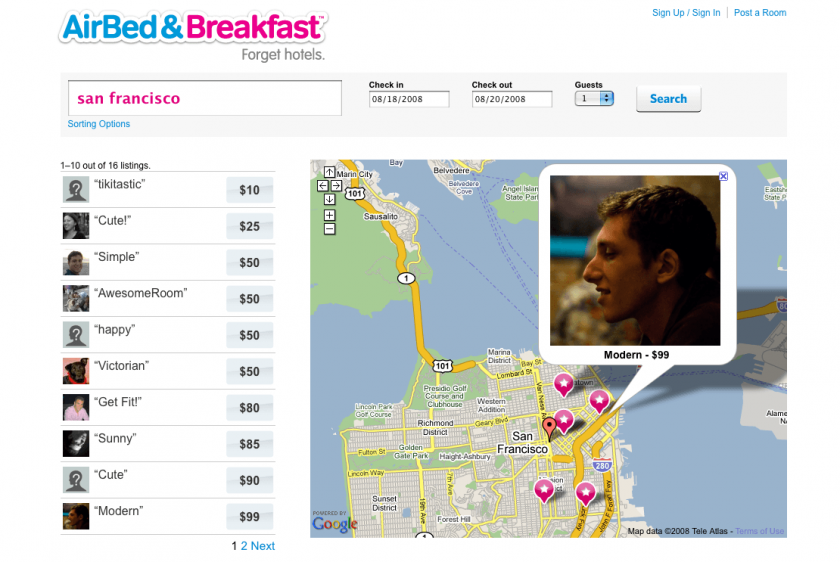 That was the name that Airbnb used before it became famous all around the world.

Brian Chesky and Joe Gebbia, the founders of Airbnb, lived in a loft apartment in San Francisco. They were struggling to pay their rent – which resulted in their decision to start a business.

They came up with the idea of providing accommodations for people coming to town. Brian and Joe took some pictures of their apartment, launched a simple website, marketed it a bit toward an audience who were coming to San Francisco for a design conference – and before they knew it, they had three paying guests.

This was their MVP – and soon after that, Airbnb expanded organically.

In The Lean Startup book, Eric Ries talks about how Dropbox began as an MVP company.

At first, they weren’t really concerned with building an online service that has come to be known for high levels of reliability and availability.

They simply recorded a three-minute demonstration video. This video:

Dropbox showed how the technology was meant to work and targeted the content towards a community of technology early adopters.

As described by Eric Ries, “Drew [the Dropbox CEO] narrates the video personally, and as he’s narrating, the viewer is watching his screen. As he describes the kinds of files he’d like to synchronize, the viewer can watch his mouse manipulate his computer. Of course, if you’re paying attention, you start to notice that the files he’s moving around are full of in-jokes and humorous references that were appreciated by this community of early adopters.”

As the Dropbox founders later recalled on, the video drove hundreds of thousands of people to the website.

And that was it! 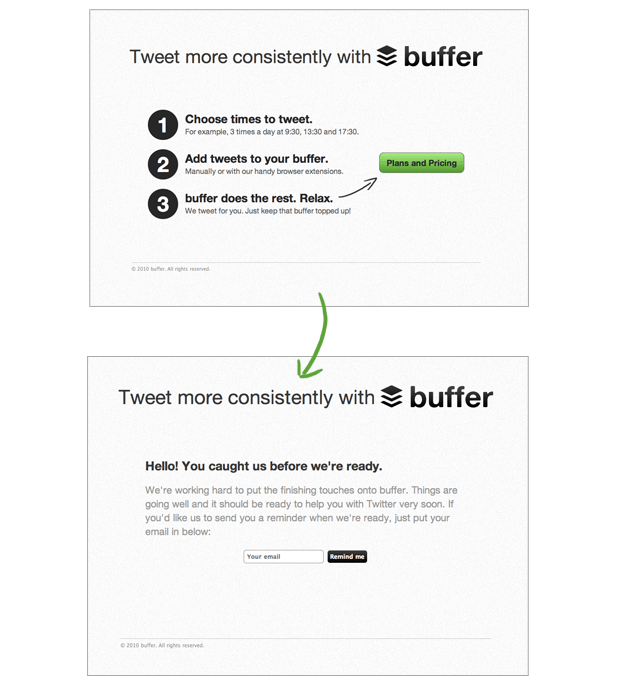 On their blog, Buffer describes how in seven weeks they went from an idea to paying customers.

“The aim of this two-page MVP was to check whether people would even consider using the app. I simply tweeted the link and asked people what they thought of the idea. After a few people used it to give me their email and I got some useful feedback via email and Twitter, I considered it “validated”. In the words of Eric Ries, I had my first “validated learning” about customers. It was time to gain a little more validated learning.”, said Joel Gascoigne, Buffer’s founder and CEO

Gascoigne satisfied himself that people probably wanted the product. “The next thing to validate was whether people were comfortable with paying for such a product”, as we can read about in this article.

Initially, it was intended that Buffer would be built in one week.

It took the team seven weeks, working evenings and weekends, to launch the MVP. 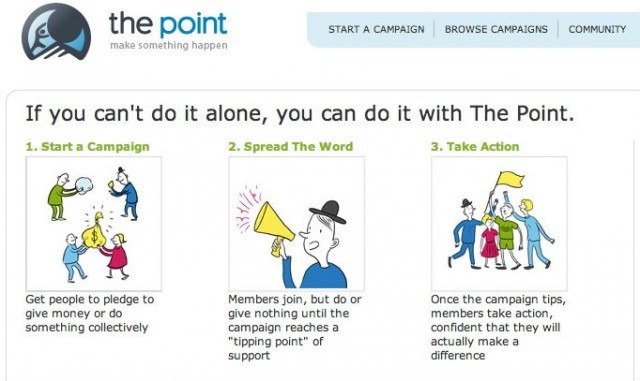 Groupon was a WordPress blog in its early years.

While this may not be a classic example of a tech MVP startup, it still is an MVP.

Groupon was named “The Point” at first. Its founder, Andrew Mason, speaks more about his initial strategy in an interview with Mixergy. The Point wasn’t what Groupon is today. It was supposed to be a completely different product focused on bringing people together to solve problems (via General Assembly).

It didn’t take off, though. The Point had to flip, and that’s how Groupon came to be. As a WordPress blog, it was focused on delivering daily deals in blogposts.

In 2011, Business Insider took an in-depth look inside Groupon, covering both the company and its founder.

There’s also an interesting coverage on Groupon’s own website. 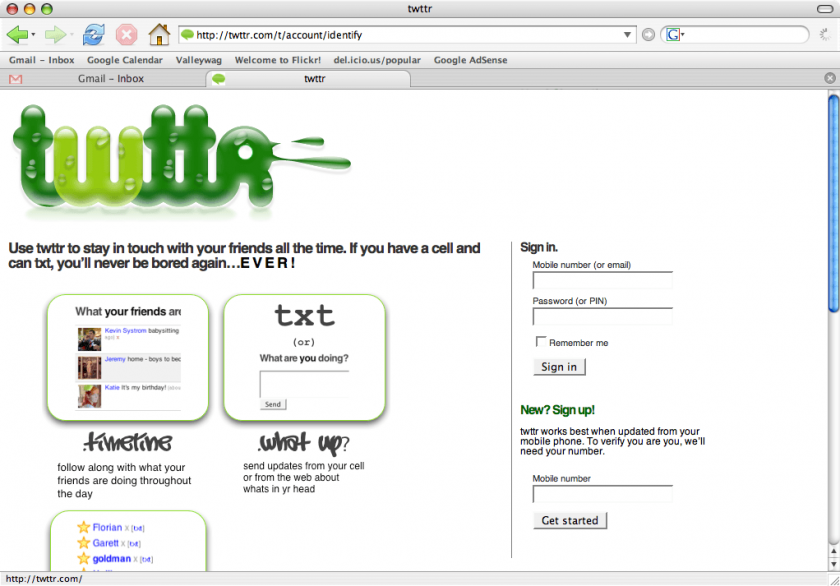 At the beginning, there was this podcasting company, Odeo.

Jack Dorsey, now Twitter’s CEO, and back then an undergraduate student at New York University, “introduced the idea of an individual using an SMS service to communicate with a small group.”

The idea was tossed around in a brainstorming session conducted by Odeo’s board members.

After a couple of months, the first Twitter (back then, twttr) prototype was born. It was used as an internal means of communication for Odeo employees.

Then, on March 21, 2006, the first tweet was published on Twitter. A couple of months later, a few Odeo employees formed Obvious Corporation and acquired Odeo (Twitter included). One of those employees was Evan Williams, previously chairman and CEO of Twitter, and a creator of the publishing platform Medium.

“With Twitter, it wasn’t clear what it was. They called it a social network, they called it microblogging, but it was hard to define, because it didn’t replace anything. There was this path of discovery with something like that, where over time you figure out what it is. Twitter actually changed from what we thought it was in the beginning, which we described as status updates and a social utility. It is those things, in part, but the insight we eventually came to was that Twitter was really more of an information network than a social network.”

Nowadays, Zappos is an online retailer with over $2bln in annual revenue and more than 50,000 clothing items for sale.

It all started in 1999, with the inability of Zappos’s founder to find a proper pair of shoes at his local mall. 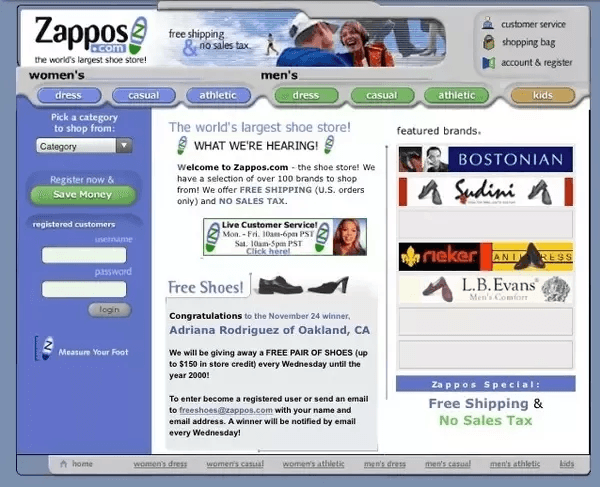 Back then, it was unclear whether a customer would buy shoes online. Just like Gary Vaynerchuk and his Wine Library (probably the first US store to sell wines online), the concept was new.

Nick Swinmurn, Zappos’s founder, decided to create a basic MVP. He launched a simple website, on which he would post photos of shoes from his local mall. He didn’t buy the items at first. Instead, he waited to see if someone would order the shoes from the webpage. Only then would he head out to the store, buy the shoes, and send them to his customers. 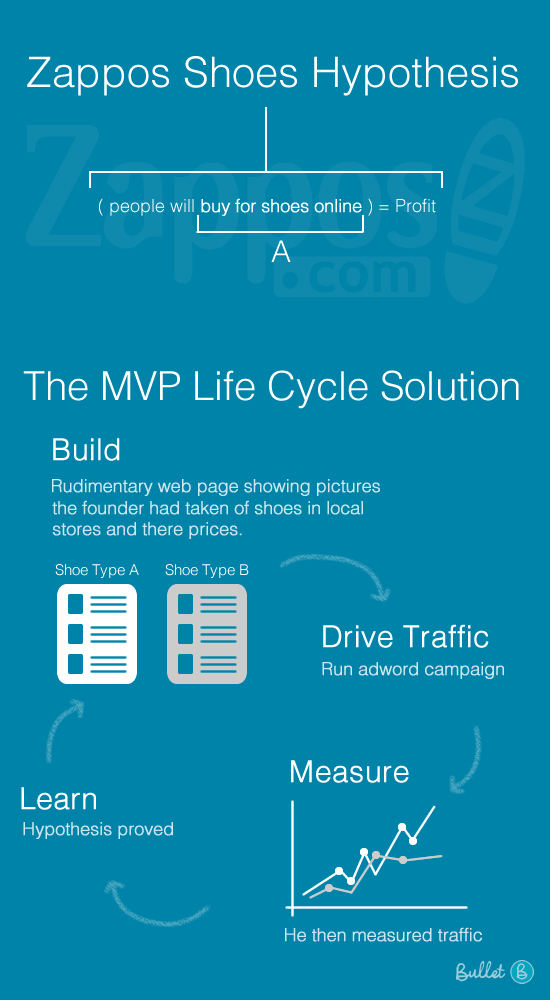 As Atomic Object points out, this was not a viable way of running a business in the long term. Instead, “The strategy worked perfectly as a proof of concept – the company was able to prove that consumers were willing to buy shoes online.” 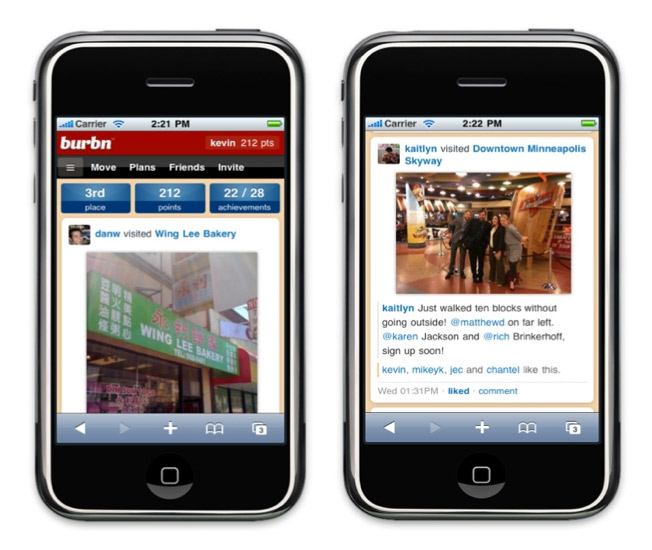 Chances are, you like your whiskey – as does Kevin Systrom, founder of Burbn.

Burbn was a location-based iPhone app, a sort of Foursquare clone. The software itself was a bit too complicated. Soon enough, Kevin found out that people weren’t using the majority of Burbn’s features. There was one, though, that was becoming more and more popular.

Burbn’s killer feature was the photo-sharing.

Systrom brought on a second programmer, Mike Krieger, and together they decided to focus on the photo-sharing feature while deleting almost everything else.

The Atlantic quotes a couple of verses from Zig Zag: The Surprising Path to Creativity, describing how the pair wanted to position Burbn against already-existing apps.

“They began by studying all of the popular photography apps, and they quickly homed in on two main competitors. Hipstamatic was cool and had great filters, but it was hard to share your photos. Facebook was the king of social networking, but its iPhone app didn’t have a great photo-sharing feature. Mike and Kevin saw an opportunity to slip in between Hipstamatic and Facebook, by developing an easy-to-use app that made social photo-sharing simple. They chopped everything out of Burbn except the photo, comment, and like features.”

Burbn was becoming more and more simple to use, with the ability to post a newly taken photo in three clicks. It also added the famous filters.

And Burbn was no more. 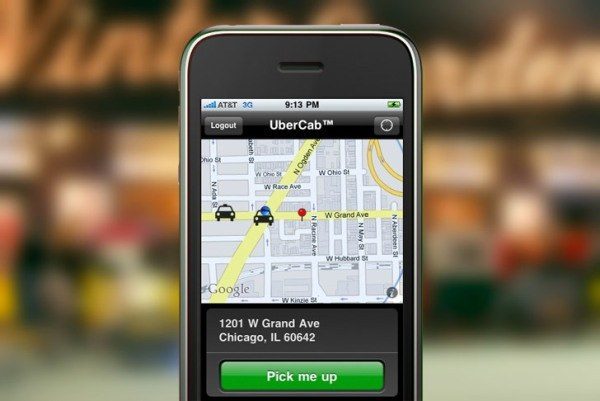 Uber’s MVP was both really simple, and extremely different from what we are used to.

In the words of Roman Bord who described it on Quora, Uber’s MVP was simple in terms of plain design, minimal functionality, and its ability to solve a specific problem.

Way back when, Uber’s functionality was to connect iPhone owners with drivers and provide them with a credit card payment system.

The problem that Uber set out to solve was how to get a taxi as cheaply and quickly as possible.

At the beginning, there was no live-tracking of drivers, automatic payments, gamification, fare splitting, multiple accounts, cost prediction, or other features.

There’s actually a fascinating online timeline for how Uber started.

Memento mori (not an MVP)

Here’s that last quote I promised you. This time, from Elon Musk:

“Failure is an option here. If things are not failing, you are not innovating enough.”

Also, I found a very informative and eye-opening slide deck created by Yevgeniy Brikman. The author mentions a study conducted by CB Insights withwhich looked at the post-mortems of 100+ failed startups.

The number one cause of failure? No need in the market. Yevgeniy puts it nicely: don’t spend years of your life working on the wrong problem.

The number two cause of failure? Running out of cash. Well, for that we have a solution.

Recap: This Is How It All Began